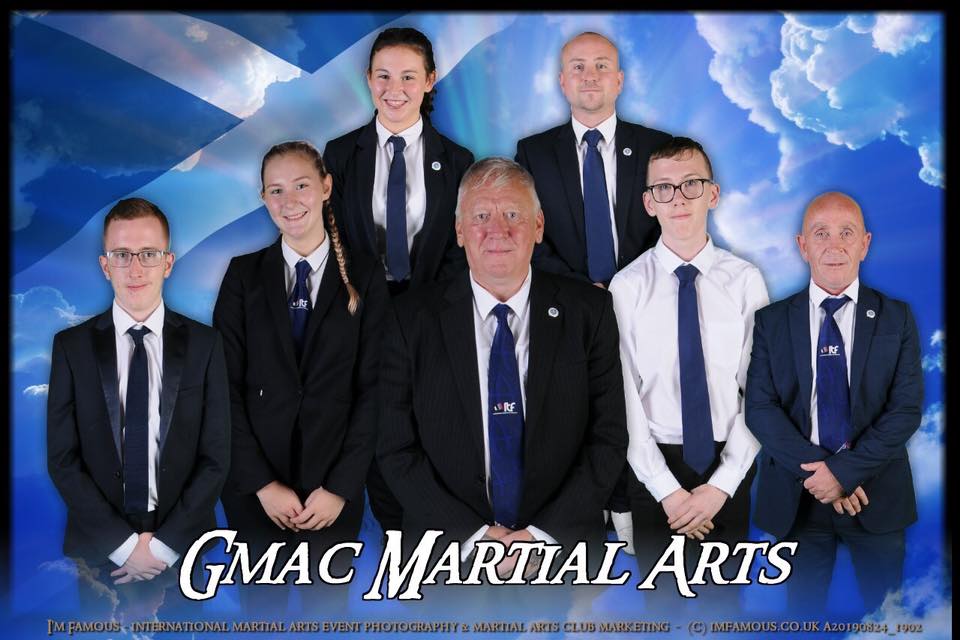 We’d like to officially congratulate our students on their call ups to the national team, representing Scotland at the forthcoming European Championships which will be held in Sarajevo, Bosnia and Herzegovina from 10th – 13th October.

This year sees a mix of experienced international competitors at European & World Championships level, as well as two of our competitors breaking into the team for the first time; Donatella & Jaimie.

Our competitors from GMAC will battle it out amongst the best competitors Europe has to offer in their respective events:

We haven’t managed as yet to get them all together for a picture in Dobok 📸, but we did however manage to get one at the NLO competition looking very smart in their official black belt attire 😎👔
Pictured alongside their coaches at the championships; Mr McIlvaney and Mr Munro.

They are currently working extrememly hard in the Dojang preparing, and we wish them all, as well as the rest of the Scottish National Team the very best of luck in reaching their goals 💪🏻🥇

Keep an eye on the ITF Scotland Facebook page as well as our own GMAC Martial Arts Facebook page for updates over the course of the event.