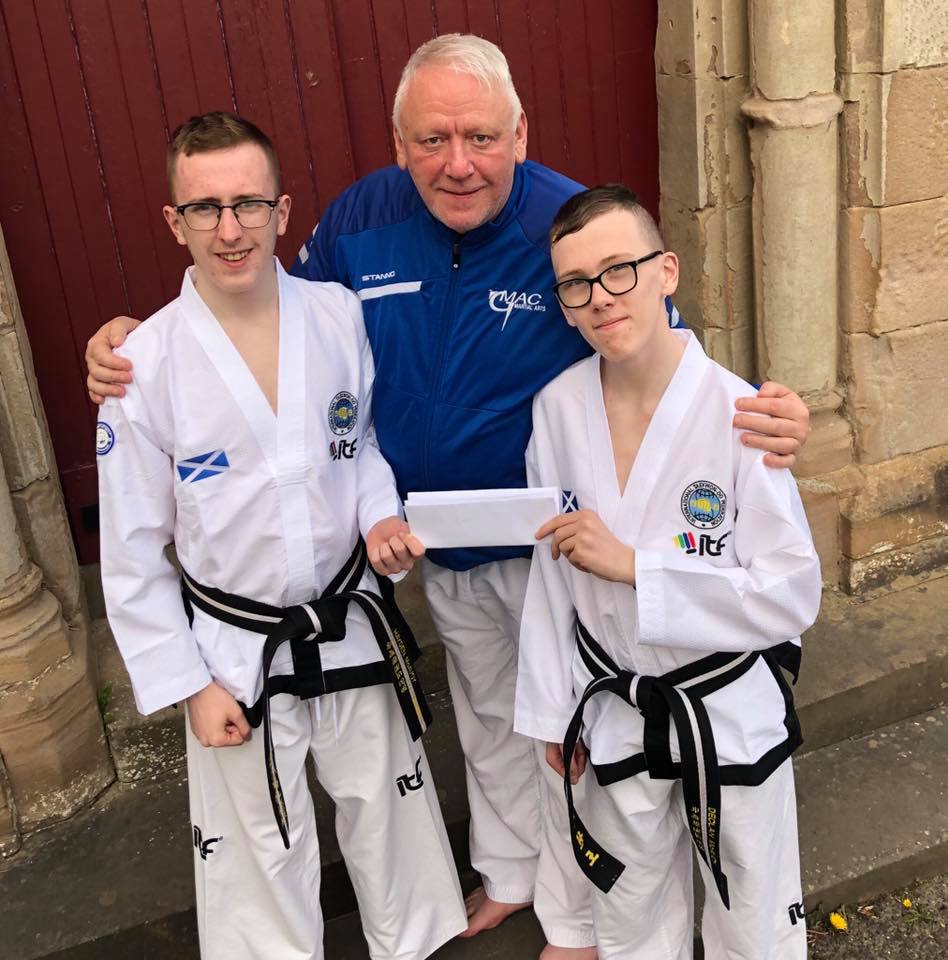 The McAvoy brothers head off to the World Championships, as part of the Scotland National Team this coming Monday.

Hayden and Declan, were chosen to represent Scotland at the 2019 ITF World Championships in Inzell, Germany from Monday 22nd – Sunday 28th April.

Hayden has been a member of the National Team for a few campaigns now, and will compete in his second World Championships in the following divisions;

Declan is new to the National Team this year, with his first selection will be representing his country in;

Over the past 7 months since their selection, both boys have been working hard, attending a number of tournaments both internationally and within the UK to develop and test themselves in the run up to the biggest event on the Taekwon-Do calendar. The build up has went well, with both boys medalling at every event to date.

Pictured alongside Mr. McIlvaney at their last class before the event, the boys received a final sponsorship, of new Doboks as well as financial support to cover some of their costs incurred.

We wish them and their team mates well in their bid to win Gold at the World Championships.

This World Championships will see 1234 athletes from 64 countries take part in this prestigious event. For those who want to catch some of the live-streaming you can follow this link: https://www.sportmartialarts.com/events-list/