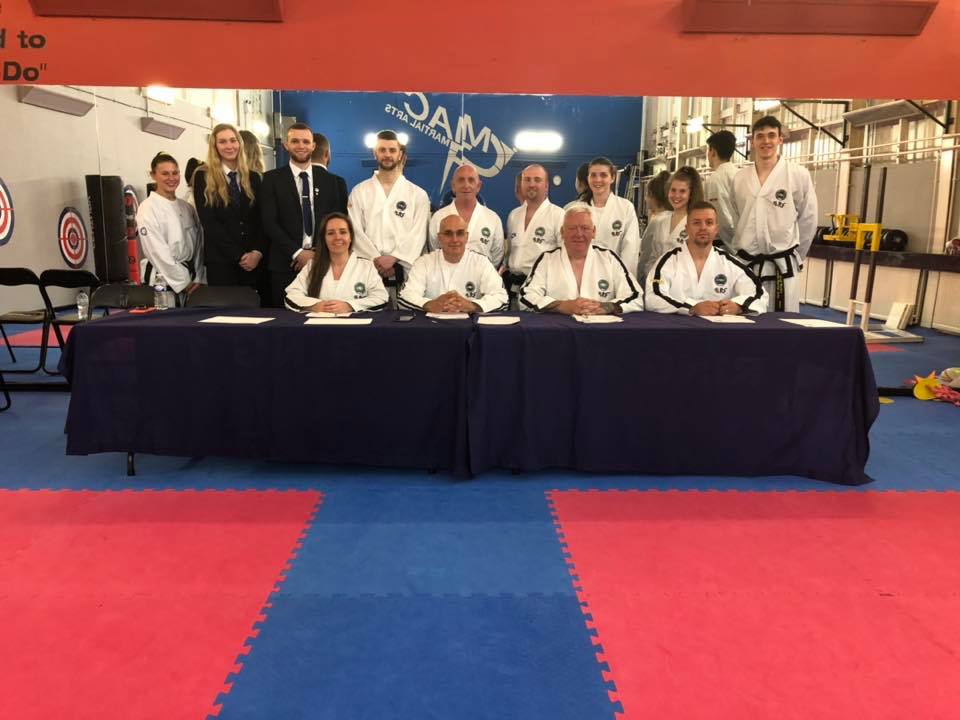 Saturday 8th June saw a pre-test for those looking to sit the next promotional grading later in the year. Thank you to guest examiner Master Denholm for overseeing the pre-test, which saw the candidates perform 9 nine patterns, as well as step sparring, self-defence, technical kicking & board breaking.
They were also put through their paces with sparring against multiple opponents ranging from 2vs1, up to 4vs1 for those aiming to promote to 4th Degree. The senior grades were also given a new element to the testing, to teach and explain thoroughly a technical element of TKD to the other candidates, in this instance step sparring.

Results and feedback will be emailed out in the coming days