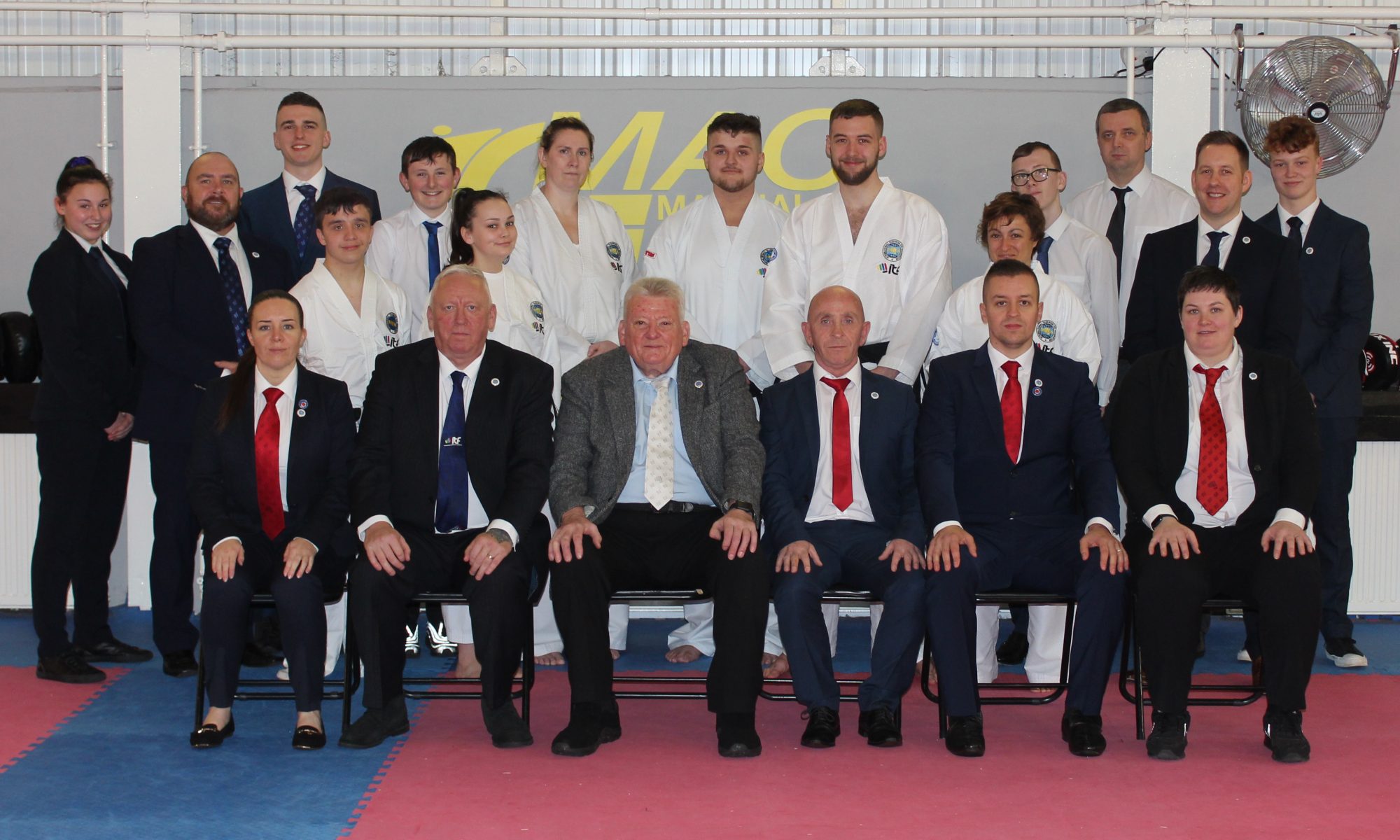 The first black belt grading of the year was held on Saturday 6th April, at our Livingston facility. The exam was conducted by the grading panel consisting of:

The candidates exam was as always split in to two sections, with the first being their theory test. This was completed on Wednesday evening, with all successfully passing that stage, allowing them to go forward to the practical exam.

The practical exam began with nine coloured belt patterns for those looking to promote to 1st Degree, and six coloured belt, and three 1st Degree Patterns for the candidate grading to 2nd Degree. After the patterns were put through their paces with numerous bouts of 1 step sparring, free sparring, 2 vs 1 sparring, as well as self defence and kicking techniques. The last stage of the grading sees the candidates complete ten board breaks using a varying range of kicking and hand techniques, as well as a jumping technique or multiple target technique they have prepared in advance.

After the three and a half hour exam, we are please to announce the following promotions:

After the grading the candidates along with the examination panel and those black belts who came along in support of the candidates had a traditional celebratory meal at a local Chinese restaurant.