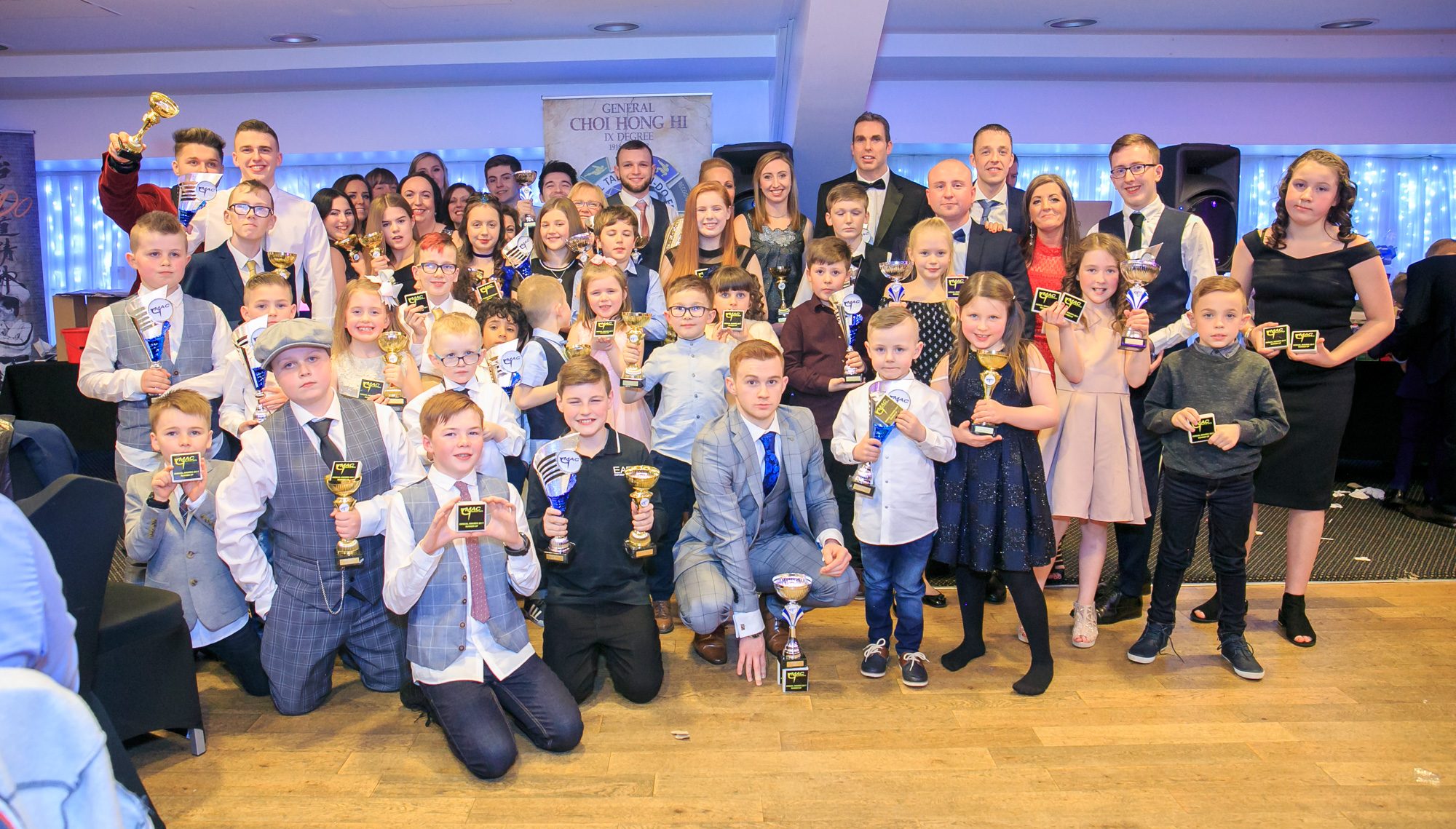 In a break from tradition we celebrated our awards night, and the success of 2017 a the end of last month.  The event was held for the first time in West Lothian, at Livingston Football Stadium’s Almondvale Suite.  The night saw 250 students, parents, and family members come together for an evening of celebrations, starting with a drinks reception on arrival, and family photographs with Jason from Photography by Jason Kimmings, and an opportunity to mingle amongst company.

Before the evenings official presentation of awards we were treated to a beautiful 3 course meal, as well as entertainment from Magic Pete, who kept all our younger students, and those young at heart on their toes with some light hearted fun and games, as well as a magic trick or two!

After a short introduction from Mr. McIlvaney, it was down to Mrs McIlvaney and Mrs. Dickson to officially start the awards ceremony with the Students Choice Award Winners 2017, these were presented by Mr. John Munro.

We were honoured also to have Grand Master MacCallum as guest of honour, to present awards to the lucky recipients of Students of the Year 2017.

Next up were the competitor of the year awards presented by head coach; Mr. John McIlvaney.  These awards are based upon a points system, with each competitor receiving a point for entering a competition, and further points for each medal won (3 for gold, 2 for silver and 1 for bronze).

The final presentation of the evening saw certificate presentations for those who passed their black belt promotions this past year.  Presentations were made by Grand Master MacCallum to Mr. Angus Rhoney (1st Degree) and Mr. Kyle Gemmell (1st Degree).  Also to Mrs. Gillian McIlvaney (5th Degree).

As Mr. McIlvaney gave a closing speech and thanked everyone for their efforts throughout the year, and on the run up to the event.  A special thank you was given to Mrs. Lorna Singleton who organised this years event, and Mrs. Dickson for her efforts on the lead up to it, and on the evening also.  A small token of appreciation was gifted to Grand Master MacCallum on behalf of everyone at GMAC too.

But that wasn’t it, in a surprise ambush by the black belts, who secretly organised a gift as a special recognition of the effort that goes into GMAC by Mr. and Mrs. McIlvaney, and a last presentation of the evening a Quaich was gifted to both as a memento of this and the 10th anniversary of GMAC’s founding in 2007.

A final thank you to Stephen at The Funky Booth, for supplying the Photo Booth and props, as well as prints on the evening.

All that was left was to party and celebrate into the small hours of the evening.

Full list of award winners can be found below.

And all the photos from the evening, can be found on our Facebook page.  However a small selection have been published below.